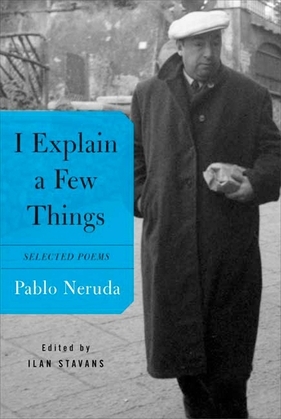 I Explain a Few Things

"Laughter is the language of the soul," Pablo Neruda said. Among the most lasting voices of the most tumultuous (in his own words, "the saddest") century, a witness and a chronicler of its most decisive events, he is the author of more than thirty-five books of poetry and one of Latin America's most revered writers, the emblem of the engaged poet, an artist whose heart, always with the people, is literally consumed by passion. His work, oscillating from epic meditations on politics and history to intimate reflections on animals, food, and everyday objects, is filled with humor and affection.

This bilingual selection of more than fifty of Neruda's best poems, edited and with an introduction by the distinguished Latin American scholar Ilan Stavans and brilliantly translated by an array of well-known poets, also includes some poems previously unavailable in English. I Explain a Few Things distills the poet's brilliance to its most essential and illuminates Neruda's commitment to using the pen as a calibrator for his age.