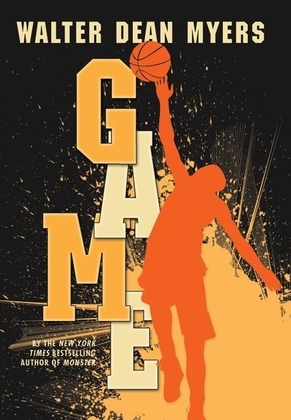 This thrilling basketball story from New York Times bestselling author Walter Dean Myers is a strong choice for independent reading and sharing in the classroom. Thought-provoking and packed with court action, Game is a winner.

Drew Lawson knows basketball is taking him places. It has to, because his grades certainly aren't. But lately his plan has run squarely into a pick. Coach has handed the ball to another player—Tomas, a new guy from Europe—and Drew won't let anyone disrespect his game. Just as his team makes the playoffs, Drew must come up with something big to save his fading college prospects. It's all up to Drew to find out just how deep his game really is.

"There’s plenty of basketball here, but, as in any good sports novel, more is going on than the sport; life is the game, and this is a sensitive portrait of a likable young man, his family, city and dreams." (Kirkus starred review)

"In this story of a teen who dreams of making it big in the NBA, Myers returns to the theme that has dominated much of his serious fiction: How can young black urban males negotiate the often-harsh landscape of their lives to establish a sense of identity and self-worth? As always, Myers eschews easy answers." (School Library Journal)

Walter Dean Myers was a New York Times bestselling author, Printz Award winner, five-time winner of the Coretta Scott King Award, two-time Newbery Honor recipient, and the National Ambassador for Young People's Literature. Maria Russo, writing in the New York Times, called Myers "one of the greats and a champion of diversity in children’s books well before the cause got mainstream attention."