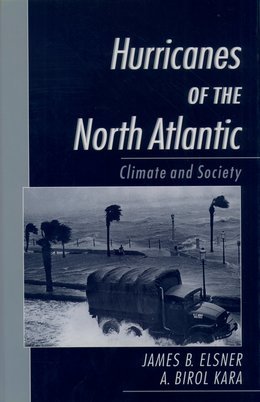 Hurricanes of the North Atlantic: Climate and Society

Called the greatest storms on the planet, hurricanes of the North Atlantic Ocean often cause tremendous social and economic upheaval in the United States, Mexico, and the Caribbean. And with the increasing development of coastal areas, the impact of these storms will likely increase. This book provides a comprehensive analysis of North Atlantic hurricanes and what they mean to society. It is intended as an intermediary between hurricane climate research and the users of hurricane information. Topics include the climatology of tropical cyclones in general and those of the North Atlantic in particular; the major North Atlantic hurricanes, focusing on U.S. landfalling storms; the prediction models used in forecasting; and societal vulnerability to hurricanes, including ideas for modeling the relationship between climatological data and analysis in the social and economic sciences.