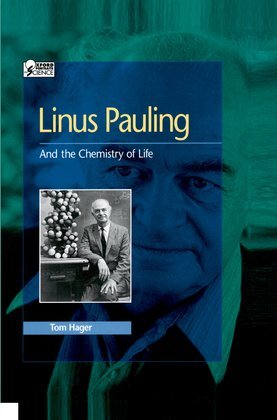 Linus Pauling: And the Chemistry of Life

Linus Pauling was the most important chemist, and arguably the most important American scientist, of the 20th century. From his description of the chemical bond to his discovery of the cause of sickle-cell anemia and his groundbreaking work with vitamin C, his work stretched the boundaries of chemistry, physics, biology, immunology, and more. Acclaimed science writer Tom Hager brings Paulings wide range of scientific accomplishments vividly to life while also shedding light on Paulings activities outside the scientific realm. He shows how Pauling used his popularity to advance political causes, particularly his opposition to the spread of nuclear weapons during the 1950s. Despite the troubles his political activism caused him, he remained unmoved in his dedication to making the world a safer place. His perseverance was rewarded with a Nobel Peace Prize in 1963, which along with his 1954 Nobel Prize in Chemistry, made him the only person in history to win two unshared Nobels. Oxford Portraits in Science is an on-going series of scientific biographies for young adults. Written by top scholars and writers, each biography examines the personality of its subject as well as the thought process leading to his or her discoveries. These illustrated biographies combine accessible technical information with compelling personal stories to portray the scientists whose work has shaped our understanding of the natural world.