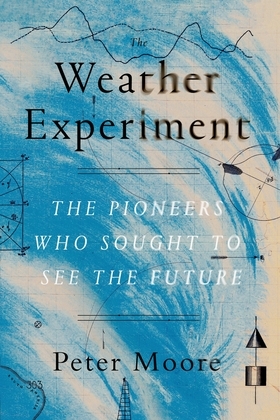 de Peter Moore (Autor)
Extracto
No Ficción Naturaleza, recreación y deportes Naturaleza Clima
warning_amber
One or more licenses for this book have been acquired by your organisation details

A history of weather forecasting, and an animated portrait of the nineteenth-century pioneers who made it possible

By the 1800s, a century of feverish discovery had launched the major branches of science. Physics, chemistry, biology, geology, and astronomy made the natural world explicable through experiment, observation, and categorization. And yet one scientific field remained in its infancy. Despite millennia of observation, mankind still had no understanding of the forces behind the weather. A century after the death of Newton, the laws that governed the heavens were entirely unknown, and weather forecasting was the stuff of folklore and superstition.
Peter Moore's The Weather Experiment is the account of a group of naturalists, engineers, and artists who conquered the elements. It describes their travels and experiments, their breakthroughs and bankruptcies, with picaresque vigor. It takes readers from Irish bogs to a thunderstorm in Guanabara Bay to the basket of a hydrogen balloon 8,500 feet over Paris. And it captures the particular bent of mind—combining the Romantic love of Nature and the Enlightenment love of Reason—that allowed humanity to finally decipher the skies.