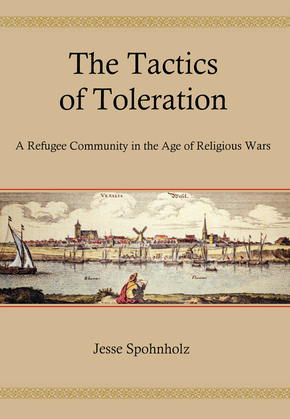 The Tactics of Toleration: A Refugee Community in the Age of Religious Wars

The Tactics of Toleration examines the preconditions and limits of toleration during an age in which Europe was sharply divided along religious lines. During the Age of Religious Wars, refugee communities in borderland towns like the Rhineland city of Wesel were remarkably religiously diverse and culturally heterogeneous places. Examining religious life from the perspective of Calvinists, Lutherans, Mennonites and Catholics, Jesse Spohnholz examines how residents dealt with this pluralism during an age of deep religious conflict and intolerance. Based on sources that range from theological treatises to financial records, from marriage registries to testimonies before secular and ecclesiastical courts, Spohnholz's book offers new insights into the strategies that ordinary people developed for managing religious pluralism during the Age of Religious Wars.