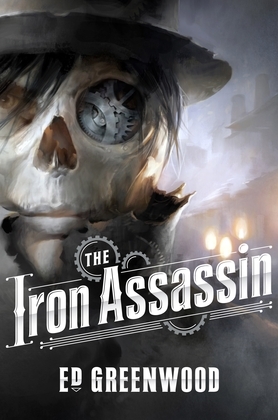 Victoria never ascended the throne; the House of Hanover held England only briefly before being supplanted by the House of Harminster. It is a time of gaslamps and regularly scheduled airship flights, of trams and steam-driven clockwork with countless smoke-belching stacks. London, the capitol of the Empire of the Lion, is a filthy, crowded, fast-growing city where a series of shocking murders threatens the throne itself.

Energetic young inventor Jack Straker believes he has created a weapon to defend the Crown: a reanimated, clockwork-enhanced corpse he can control. He introduces "the Iron Assassin" to the highly placed Lords who will decide if Straker's invention becomes a weapon of the Lion-or something to be destroyed.

It quickly becomes apparent that the Iron Assassin is more self-willed than Straker intended, and that the zombie's past life is far more sinister than Straker thought. Has he created a runaway monster? Or the best guardian the Lion could ever hope for?